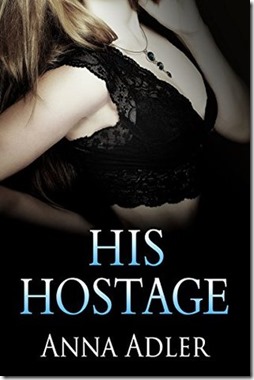 Evelyn thought she was the luckiest girl in the world when she married Jack Moorland, the handsome heir to a software fortune, after knowing him only for a few months. The fairytale soured when Jack turned out to be selfish, controlling, and unable to perform in bed. Kind and weak-willed Evelyn finds herself trapped in a loveless and sexless marriage. She wants out of her gilded cage, but lacks the confidence to stand up to Jack, who has no intention of letting her go. Being kidnapped by the mysterious burglar Hal becomes a liberating experience. Is it Stockholm syndrome, or is this professional thief exactly the man Evelyn needs in her life?

I’m going to give this book the benefit of the doubt and give it 4 stars – even though realistically, it was more of a 3.5 for me.

Technically speaking, the book was well written. There were no obvious typos, grammatical errors, or punctuation problems, and the narrative and dialogue flowed smoothly throughout. Zero Problems.

But, here’s the thing: There were moments in this book that stuck out to me as red flags. As steamy and even sweet as the romance between Evie and Hal was at times, there were definite moments when Hall threatened Evie with bodily harm and even rape…. and he was serious. I had genuine concerns at times that Evie wasn’t safe, and in real life, she would have been in serious danger – despite the couple’s attraction to each other.