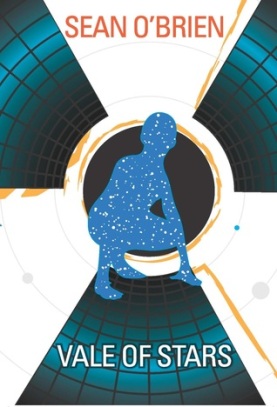 Description/Synopsis: Jene Halfner awaits the end of a hundred-year-long, deep-space colonization journey begun by her ancestors generations before. She has spent her life preparing for planetfall on Epsilon Eridani III, taking care of the growing number of victims of interstellar radiation aboard Ship.

What she will find upon arrival will change her perspective on life, and she and her descendants will live to face the incredible challenges their new world holds.

As generations pass, the women of the Halfner line uncover stunning secrets about their original mission, their new home on Epsilon Eridani III, and the future of the human race. Secrets that will challenge what they believe in, who they trust, and their perception of the ones the love.

WARNING – SPOILERS WILL ENSUE BEYOND THIS POINT – DETAILED REVIEW BELOW

First off, please don’t judge this book by it’s cover. Let’s face it, the cover is ugly… and really doesn’t represent the book all that well. That aside, I loved this book. It was absolutely fascinating.

The story is somewhat of an epic time-lapse of a society told through four generations of one particular family as they are forced to make hard decisions that ultimately effect not only their descendants, but their entire species and planet as the story progresses.

The story begins with the social-exiles of planet Earth aboard a spaceship headed into deep-space to colonize a planet named EE 3. As the generations pass the descendants of this one particular family deal with a range of moral and social issues including: genocide, prejudice, genetic engineering, cloning, all-out-war, and imminent destruction of an entire Eco-system. As the story evolves through the generations, the humans evolve into three separate species and encounter a fourth, and the women of this bloodline are forced to make impossible decisions that effect each generation after them, and all the other species as well.

It was absolutely fascinating to see how each woman’s decision not only effected the future of their planet, but also their direct descendants. The story is split up into four “books” one for each generation of the Halfner bloodline, and I’ll admit that the third book (Yallia’s story) dragged a little for me. I think it’s because I just didn’t like Yallia all that much. She felt betrayed by her mother before her and held a lot of anger. In my opinion she acted childishly, though her actions eventually lead to a reuniting of her species – I just couldn’t seem to enjoy her as a person like I could the two generations before her, or the one after. Jene (book 1) and Sirra (book 4) were probably my favorite out of the family, and I really loved Sirra’s relationship with the Vix (the native alien race).  I thought the author did a great job trying up the plot through the generations and showing how the consequences of each generation’s actions effected the planet as a whole. No, the science isn’t realistic… this is science FICTION, but if you can get past that, the story was really engaging.

Unfortunately, it seems quite a few readers gave this book a rather lack-luster review, but personally, I really loved it.This is going on my shelf as a keeper. I’d recommend this book to anyone who enjoys science fiction, alien species and cultures, and likes complicated tales with equally complicated decisions in them.